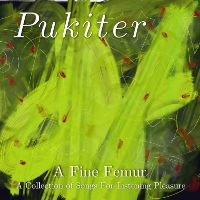 From the album A Fine Femur, released April 1999

The words in this song are:What's wrong? I thought I was blind for a minute. Those were the first words that came into my head when I was creating this song. I was practicing making different parts that fit together nicely. The vocals have a terrible hum because the microphone connected into the computer I was using was very cheap.

What's wrong?
I thought I was blind for a minute.