The Winkle Monkeys Know (I am a Fraud) 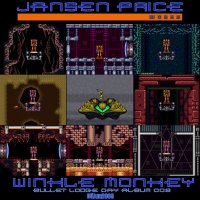 I have no idea exactly what a winkle monkey is, but apparently, when they know a secret about you, then they tell everyone else. This song is the thoughts of a popular singer on stage who realizes that the nobody likes his show, because he is a fraud, and the winkle monkeys knew it. This song has a long intro and is sung by some british guy.

Sometimes I feel like I'm a star,
I see bright lights and an audience before me.
But the trouble is, we don't know who we are,
And this is a problem I could not forsee.

The crowd goes wild and then they shout
My worst nightmare: then they figure it out.