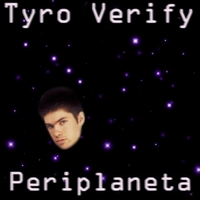 This is the first song from the AkeUngans' creation songs. I learned all these songs from Na-Ida, who is an expert on the AkeUngan culture. In this song, I played the Cantono, a two-stringed instrument made with a tin can. A drum machine was also used for this song. Period one of course is the formation of the Earth.

(English translation)
Darkness reigned
The Gods went down
And formed the Earth
The Earth was empty
The Gods said "Let there be light"
And there was bright light
The Gods divided the day
And the night.