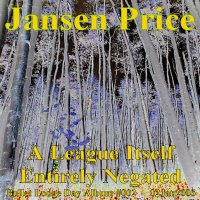 This song loosely incorporates the idea of Indonesian Gamelan, with the percussive melodic playing style. The melody was created with the program Lasi Tuteyrum, which is a random melody generator - this particular melody is index seed #18646. (See Randomization in Music project for more details.) Of course ADSR stands for Attack, Decay, Sustain and Release, which are also the titles for the four sections of this song. The words are my voice decreased by four semitones.