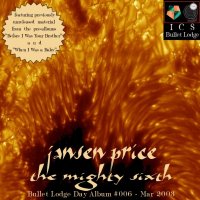 The idea for this song just popped into my head, and so I wrote it down. It is not a true story, but it sounds like a fun thing to have rides in a hospital bed. The music for this song, and all other songs on this pre-album was prerecorded on mini-cassette recorder, then I went back and basically remade the originals.